Had a go at Photography in New York the last few days. Brilliant Place for taking photographs in the night.
One thing I badly missed was a Tripod. Here are some of the shots I managed and oh yeah I too Heart NY. 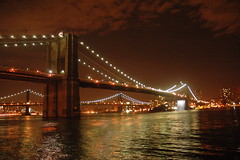 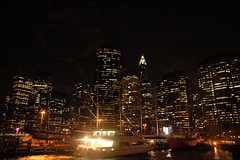 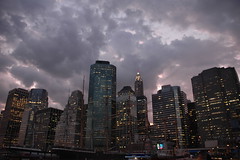 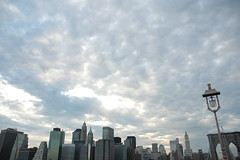 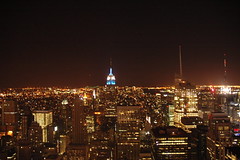 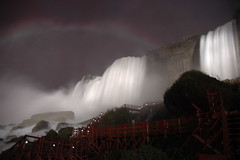 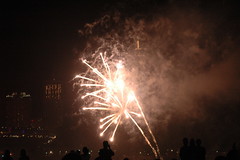 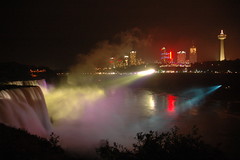 Found on a popular website regarding the trash talk meted out to a Russian olympian from an American one.

Now we all know that the columnist is trying to be Punny.

I know many would get friend request as they would get spam mails but this one was funny. A person, supposedly from hyderabad wants to be my friend (god knows why?) as I'm sure I don't know him, neither does he know me and also says "Be my Fan and I'll be yours". Now someone give me one good reason to do that :P and oh talking about spam mails or should I say misdirected mails, I've got some really funny ones.

One girl declaring her love.

One lady who thinks she's sending forwards to her son.

One guy abusing me for not keeping in touch with him.

One guy asking me how my kids are doing ??

One guy telling his life history without bothering to find out the correct email address.

Many Namesakes registering on different websites and conveniently giving my email address.

It was one the greatest nerve-wrecking tennis match I've ever seen.  I did not miss one point of this game. Well the title of this post would definitely tell that I am an ardent fan of Rafael Nadal. Though I had predicted that french open and wimbledon could go to federer and nadal respectively this year, only one happened and that too in a very very tough way. I love seeing these two play. These two guys dominate the tennis world. A thoroughly deserving win for Nadal and my sympathies with the Federer fans. But what a match!!!!!!

I so wanted to see the "Worlds greatest dance show" and finally managed to see it  at the Nokia theater in Grand Prairie. The show is Micheal Flatley's "Lord of the dance".  The sad part is I could manage only the upper level tickets and was quite far away from the stage. I'd seen video's of lord of the dance before and the sequence/choreography has not changed a bit . Well I think thats the way it works, like a hit movie playing again and again. The stage setup was actually a let down when compared to the show at hyde park, London.The show I think was performed by troupe 2 of the 4 troupe's lord of the dance have. I love the songs composed by Ronan Hardiman and my favorite is "Siamsa".The dancers were all colorful for this song and I've recommended this song to friends before cause this definitely is a "feel good" song. Overall it was a nice show, nice music and a nice experience of seeing Irish Tap dancing live.

Managed to visit some nice places in spring break. My friends adjudged that I was the one who utilized spring break to the fullest :D. Firstly it was the breathtaking Grand Canyon in Arizona with a set of friends and then ended it with Sunshine Florida.

I happened to see the Simon Cowell interview by Jeremy Clarkson on Top Gear and I started to wonder what humor is all about. They were just trying to outsmart each other by making puns and hurtling wisecracks on each other. My  verdict was most of them have a good laugh when others are victims, either victims of a prank, wisecracks/sarcasm or hurt themselves in some awkward way or embarrass themselves. Also most of jokes aired on TV are stereotyped or Slapstick Jokes.Supposedly many see American Idol just to hear Simon Cowell insult contestants and would love to get insulted by him. In an interview he says he’s helping them, now whatever that is :D.

Here are some of the insults that I thought of. Nothing personal, just to provide some comic relief and most of them may have been inspired. Have a good read and please excuse the use of expletives.

Me and a Friend decided on visiting Sea World at San Antonio this thanksgiving week. Though the temperatures in the US are dropping and getting really cold this did not deter me from visiting this place and I love wildlife ( not exactly wild in this case ), so there I was. First up I visited the beluga whale and pacific white sided dolphin show called Viva!! which had some really talented Acrobats and trainers performing and then we visited the hilarious sea lion show. The main attraction at Sea World is Shamu's Believe and its a treat to the eyes to watch these magnificent Orca's perform. I've seen Orca's in the wild when I went whale watching but this is where I could actually see how huge and beautiful these Killer whales are.

Also there was an interesting discussion among me and my friends, where a friend said its better for them here since they are taken care of like babies but I wouldn't totally agree with that. I feel they are better of in the wild but  all the whales and dolphins in Sea World are either bred or purchased from other parks and would have seen Humans from their birth so they have become a part of the performers family. As long as they don't get animals from the wild and then train it to perform it should be fine.

This place is a must visit if you're in San Antonio.

I saw Beowulf in 3d recently, it’s a movie which you can easily avoid even though Angelina Jolie is nude in it and the girls get to ogle at the Ray Winstone’s six pack (thanks to the six pack fad that seems to have been ever so popular after 300), even this cannot be much of an incentive as they are animated :D. Its got some slapstick humor, sexual humor and some good quality animation but none of this can save the movie. You’ll start getting bored in the middle and will start feeling the movie is too long. The movie does not grip you at any point of time. To top it all the movie’s ending gives you a hint that there might be a sequel following up and that’s something you can have a good laugh about.

Also a note to all who have been watching "Heroes": Its all getting "Lost" ( Too many characters, Too many stories to tell, Too many twists, Too many deceptions )
Collapse